Imagine living in a city where the traffic problems centre around too many bicycles! Copenhagen is a perennially popular city with expats because of its green credentials, its reputation for being the one of the happiest cities to live in, and its multiculturalism. It’s also notched up a reputation for having low crime rates and therefore being the 5th safest city in the world.

Schepens has been moving families to Copenhagen for over a century now, and we love spending time in this beautiful city. We don’t live there permanently, though. So we asked some of our former clients, who now reside permanently in Copenhagen, what it’s like to live there. Here are some of their responses:

Living in Copenhagen was last modified: January 28th, 2020 by schepens

For decades now, the Schepens specialist removals team have moved a whole range of pianos for clients living in Salisbury, and across the county of Wiltshire. We’ve hoisted grand pianos through second floor windows, and negotiated narrow hallways with historic harpsichords. Moving a piano always has the potential to present unique challenges, which is why we always use specialists to manage the process.

Eastleigh isn’t the first town that comes to mind when you think of Hampshire. But it’s fast becoming a popular place for younger families wanting to make a move from London. Where properties in Southampton and Winchester can be beyond their budget, Eastleigh offers an increasingly attractive alternative. This Victorian railway town was the home of the legendary Spitfire, and is now transforming itself into a young, buzzy community with a great arts centre and lots of independent shops.

Schepens is a local Hampshire removals company that’s been providing removals to Eastleigh for over a century. We’ve watched this town grow in stature and confidence over the past few decades, so we asked some former clients what it’s like to live there now. Here’s what they told us:

Gothenburg, on Sweden’s west coast, is home to the country’s busiest industrial harbour. And if you’d visited the city a couple of decades ago, that would have been the headline. Over the past 20 years though, Gothenburg has transformed itself from an industry base to a 21st century city that’s a great place to settle in.

As of 2019 there were 210,000 expats living and working in Gothenburg. As Sweden’s second-biggest city there’s plenty of companies with making the city their base, with Volvo being the best known. But are the economic opportunities the only reason to settle there? We asked some of our clients, now with homes in the city, what it’s like living in Gothenburg, day-to-day.

Living in Gothenburg was last modified: January 20th, 2020 by schepens

Removals to Washington | International Removals from the UK

It may look like a city from the outside, but moving to Washington DC is often described as arriving in a small country with a distinct culture. ‘The District’, as it’s known to locals, is the US capital city and its unique skyline is iconic. It’s home to the White House which makes it a primary destination for visitors and professionals from around the globe, and yet it manages to feel compact and easy to navigate.

Schepens travels to the USA regularly and has provided Washington removals to clients moving there for work or to live. Despite being frequent visitors, however, we don’t know what it’s like to live there. So we asked some of our clients who’d made their home there. This is what they told us.

This may the oldest university town in Flanders but its 25,000 strong student population ensures it’s firmly established in the 21st century. Leuven manages the blend of archaic and contemporary particularly well. The picturesque centre is a great place to hang out, and there’s a lively cultural calendar (including a beer festival of course). Leuven is compact, but if you hunger for the big city experience, Brussels is just 24km up the road.

The Schepens family comes from Belgium originally; we moved to England in the early 20th century. We’re now in our fourth generation as a family-run removals company, and over the past 100 years we’ve moved numerous families to this beautiful part of the world. We asked some of our former clients who’ve settled there, what it’s like living in Leuven. Here’s what they told us:

Moving to Leuven was last modified: January 13th, 2020 by schepens

Looking for Removals in the Bournemouth Area?

Schepens has moved quite a few clients from London to the Bournemouth area over the past couple of decades. All of them confessed to jitters at the thought of leaving their lives in London. Most of them were moving because they wanted their kids to grow up outside the city sprawl. Quite a few said they’d give it a year… Well, the vast majority are still living on the south coast and say they’re happy with the odd trip to London, and even happier to get back.

If you’re thinking of making the move to the Bournemouth area, you’re lucky to have a number of glorious locations to choose from. Here’s the top 3, chosen by the clients we helped to move there!

“My Leipzig will I praise! A little Paris, one that cultivates its people.” So said the distinguished German writer J.W.Goethe who lived and studied in the city as a young man. The 21st century Leipzig is a dynamic, cosmopolitan east German city which has retained its love of learning and culture. For over 800 years it has claimed the title of ‘City of Music’. Today its classical traditions reaching back to the 15th century, vie with a contemporary and Gothic music scene.

Living in Leipzig was last modified: January 7th, 2020 by schepens

Yes, it’s expensive, cold and dark during the winter months, and it can take a while to break through the Norwegian reserve but the advantages offered by life in Oslo far outweigh the disadvantages. This is a city where the glorious natural landscape meets cutting edge architecture, and sustainable living.  It’s been voted the happiest place on earth, and it’s 11th on the list of ‘coolest places to visit’. So what is it that’s so special about this Scandinavian city?

Schepens has been providing removals to Oslo for over a century now. In that time we’ve seen many of our clients turn short-term working visits into a long-term commitment to this beautiful city. So we asked some of them what it’s like living in Oslo. Here are some of their responses.

Living in Oslo was last modified: January 7th, 2020 by schepens

For decades Ghent was overshadowed by Bruges and Brussels. But the 21st century has seen the city emerge to take its place as one of Belgium’s most exciting places to live. The reason for its pheonix-like resurgence has been the creative way in which it’s re-imagined itself from the edges rather than the centre. Bars, clubs and independent shops now jostle with the city’s more traditional elements to make this a young and diverse location to live in.

Schepens has been providing European removals to Belgium for over a century now, and it’s been fascinating to see Ghent emerge as a creative and cultural force to be reckoned with. We asked some of our clients who now live there, to tell us about their experience of the city.

Living in Ghent was last modified: December 19th, 2019 by schepens 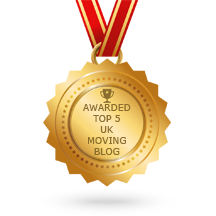