Stress-free removals to Belgium from Schepens

With over 100 years experience, we are able to provide an efficient, cost-effective service, without compromising the quality of service on which we have built our reputation.

Offering a regular service to most destinations in Belgium

We travel to Belgium several times a week, which means we can offer a regular service to most towns and cities, flexible scheduling for movers, and a choice of part or full-load shipping containers.

We use a fleet of dedicated articulated vehicles, which travel to Belgium on a regular basis. These vehicles run on air ride suspension and boast an adjustable bearing system, which ensures little or no movement of vehicle contents. These bars also enable us to create partitions between consignments which prevents cross contamination.

Security is our priority. All our vehicles are alarmed to ensure safe transit for movers’ items.

Why use Schepens for removals to Belgium?

Schepens is a leading UK to Belgium removals firm that has performed thousands of removals to Belgium from the UK. We are a family-owned company that has been in operation for more than 100-years. Customer service is our #1 priority and we love helping our clients move to this fantastic country!

We have a reputation for reliability and professionalism

Schepens is a highly experienced European removals company with an impeccable reputation. You can trust us to safely and efficiently to perform moves to Belgium from the UK.

Our company help clients move to Belgium on a regular basis. This has helped us develop exceptional local knowledge and allows us to provide clients with very flexible removals schedules.

Our removal quotes to Belgium are comprehensive and 100% free

We use experienced move coordinators for removals to Belgium from UK

Every relocation to Belgium is managed by one of our talented move coordinators. They will ensure every aspect of the move goes off without a hitch and answer any questions that you have.

Our staff members are uniformed, hard-working, friendly, and trained to British Association of Removers Standards(BAR).  BAR standards are the leading qualification for professional removals companies.

One of the the most affordable UK to Belgium removals firm

Because we move so much cargo to Belgium each week, we can obtain bulk discounts from suppliers — making us one of the most affordable options for removals to Belgium.

to get a FREE, no-obligation quote for your removal to Belgium

SERVICES WE OFFER FOR REMOVALS TO BELGIUM

Our professional Move Co-ordinators can help with all aspects of your move to Belgium:

Schepens run removals to and from all major towns, cities and areas of Belgium including:

Antwerp, Ghent, Charleloi, Liege, Brussels, Bruges, Schaerbeek, Wallonia, Namur, Anderlecht, Leuven and Tervuren. If you need removals to Belgium, then Schepens has the experience, expertise and local knowledge to offer you a smooth, trouble-free move.

PLEASE CALL FOR YOUR FREE NO OBLIGATION QUOTE FOR ALL REMOVALS TO BELGIUM ON 01794 323558.

SOME TIPS FOR MOVING TO BELGIUM | BELGIUM GUIDE


A useful guide for expats and newcomers to help with your move to Belgium:

WHY ARE SO MANY PEOPLE MOVING TO BELGIUM FROM THE UK?

BELGIUM HAS A STRONG ECONOMY AND JOB MARKET


The Belgium economy has grown substantially in recent years, thanks to its adoption of globalisation and trade with other European countries. It is a highly industrialised economy with and one of the top 20 largest trading nations in the world. The economy has very strong services, science and technology, IT, and food production industries. It is a fantastic location to find employment or start a new business.

BELGIUM HAS AN INCREDIBLE HISTORY AND CULTURE


Belgium remains an important country for art and culture. Some of the major milestones in art history began in Belgium and the country has many incredible art galleries. The history of the country is vast and incredibly interesting.

BELGIUM IS A FOODIES PARADISE


If you love food, wine, and beer, you will enjoy living in Belgium! The Belgians love their food as much as the French, and the country is filled with many excellent restaurants.

HOUSING IS AFFORDABLE IN BELGIUM


Real estate remains affordable in most parts of Belgium and rents are much cheaper than they are in the UK. You can save a significant amount of money on housing and use it on improving your quality of life.

YOU CAN EXPLORE THE REST OF EUROPE EASILY


Belgium has world-class public links and it is simple to travel to other countries within Europe. You will find yourself ducking over to France or Germany for a weekend away or exploring the many beautiful parts of Belgium.

BELGIUM IS A GREAT PLACE TO RAISE A FAMILY


The low crime rate, high standard of living, and world-class health system all combine to make Belgium a fantastic place to raise a family. There are hundreds of exciting places your family can visit in Belgium — the kids will just love it!

BELGIUM HAS AN EXCELLENT EDUCATION SYSTEM

Belgium’s healthcare system is considered to be one of the best in Europe, but if you’ve just arrived in the country it can be a bit confusing.

When you first arrive in Belgium, your European Health Insurance Card (EHIC) will cover you for emergency medical attention, whilst you organise your Belgian health insurance.

Belgian Health Insurance if You’re Working in the Country

Everyone is required by law to take out health insurance in Belgium. This is managed via your social security contributions. Your health insurance premium is paid to one of 5 state insurance schemes (not-for-profit), all of whom are required to offer the same services. If you have a job in Belgium, you’ll need to sign up with one of these providers in order to receive medical attention.

What Does Belgian Health Insurance Cover?

Your insurance payments will cover up to 75% of doctor’s fees, hospital costs and prescriptions. You would normally be expected to pay the costs initially, and then your insurer will refund a proportion. It can take up to 6 weeks for funds to be refunded. Many Belgians supplement their social security insurance with personal health insurance to cover the shortfall.

Once you’re registered for social security, your children and your partner (if they’re not working) will also be covered for healthcare.

Expats May Not Receive Refunds in First 6 Months

As an expat in Belgium, you should check whether you’re entitled to refunds in the first 6 months of living in the country. In some cases you can be required to prove that you’ve made sufficient contributions in your home country to be eligible. If you are not eligible, you might consider taking out private health insurance to cover this period.

What Happens After Britain Leaves Europe?

If you’re working, and paying into a social security scheme, you will continue to have all the same healthcare rights as a Belgian citizen. You will additionally need to apply for a long-stay residence permit, and after 5 years, a permanent residence permit.

SOME TIPS FOR MOVING TO BELGIUM

CAREFULLY CHOOSE WHICH PART OF BELGIUM TO MOVE TO


Belgium consists of three separate regions that are quite different from one another:

Brussels is the most affluent part of Belgium, but also the most expensive to live in. If you love French culture, Wallonia might be the best place to move to.

COST OF LIVING IN BELGIUM

Cost of Living in Belgium

Schepens regularly provides removals to Belgium for clients across the UK. The cost of living in Belgium is of the key concerns they express, which is why we’ve created this guide.

Alongside chocolate, and beer, Belgium is famous for its high levels of taxation. Taxes start at 25% on salaries of £12,000 and rise to 50% for salaries of 36,000 or more. This is 10% more than in the UK, and it kicks in at a lower level of earnings. It’s certainly worth checking out whether you can apply for a non-resident tax status before making the move from the UK to Belgium.

Is Belgium More Expensive Than the UK?

For clients moving to Belgium from the UK this is an important question, but it’s difficult to answer accurately. A cost comparison between Brussels and London demonstrates that the former is 34% cheaper than the latter. Comparison websites are useful as a way to find out what specific goods – such as milk or alcohol – cost, but they don’t factor in differences in salary level, or taxation.

As in any country, the cost of housing fluctuates according to the city you choose to live in, and your choice of city or rural location. Brussels tends to be the most expensive city to rent or buy property in, and Bruges is consistently 33% cheaper. In Brussels, a city centre 2 bedroom rental will cost around £1,100, whilst in Bruges it would cost just over £1,000. Long term lets are popular with landlords, and tend to be cheaper.

The Price of Utilities

Once again, the news is good for clients planning removals to Belgium. Utilities tend to be around 36% cheaper than their equivalent in the UK. Around £112 per month will cover your electricity, gas, water and garbage removal. There are fluctuations, dependent upon where you live, and – of course – these prices can rise.

Getting Around in Belgium

The public transport system in Belgium has had a good deal of government investment. As a result, it’s easy to get around, the infrastructure is pleasant to use, and it’s comparatively cheap. A monthly ticket to get around Brussels, for example, will cost around £45 and a single journey is around £2. Taxis are more expensive than in the UK with a 5 mile journey costing around £20.

Like many EU countries, the government system in Belgium is quite a bureaucratic — you will need to have your paperwork in order. Before leaving the UK, make sure you have all of your paperwork sorted into a single binder, including medical records, drivers licenses, your marriage certificate, and work records.

GETTING A VISA FOR BELGIUM

Currently, EU citizens don’t require a visa to enter Belgium. A short-term visa will allow you to stay in the country up to 90 days, but you will require a long-term visa if you intend to live in the country for an extended period. To apply for a visa, contact the Belgian embassy in the UK. You will need to provide a valid passport and supporting documents to be approved.

USEFUL RESOURCES FOR MOVING TO BELGIUM

Here are some great resources to help you move to Belgium: 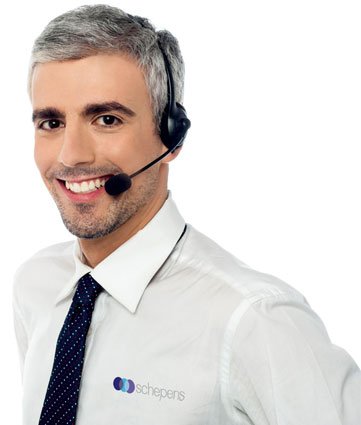 SCHEPENS HAS THE EXPERIENCE AND LOCAL KNOWLEDGE TO PROVIDE YOU WITH ANY KIND OF BELGIUM REMOVAL SERVICE. CONTACT US TODAY ON 01794 323558 TO GET A FREE, NO-OBLIGATION QUOTE!

This website uses cookies to improve your experience while you navigate through the website. Out of these, the cookies that are categorized as necessary are stored on your browser as they are essential for the working of basic functionalities of the website. We also use third-party cookies that help us analyze and understand how you use this website. These cookies will be stored in your browser only with your consent. You also have the option to opt-out of these cookies. But opting out of some of these cookies may affect your browsing experience.
Necessary Always Enabled
Necessary cookies are absolutely essential for the website to function properly. This category only includes cookies that ensures basic functionalities and security features of the website. These cookies do not store any personal information.
Non-necessary
Any cookies that may not be particularly necessary for the website to function and is used specifically to collect user personal data via analytics, ads, other embedded contents are termed as non-necessary cookies. It is mandatory to procure user consent prior to running these cookies on your website.
SAVE & ACCEPT